Home > Books > Every Other Saturday 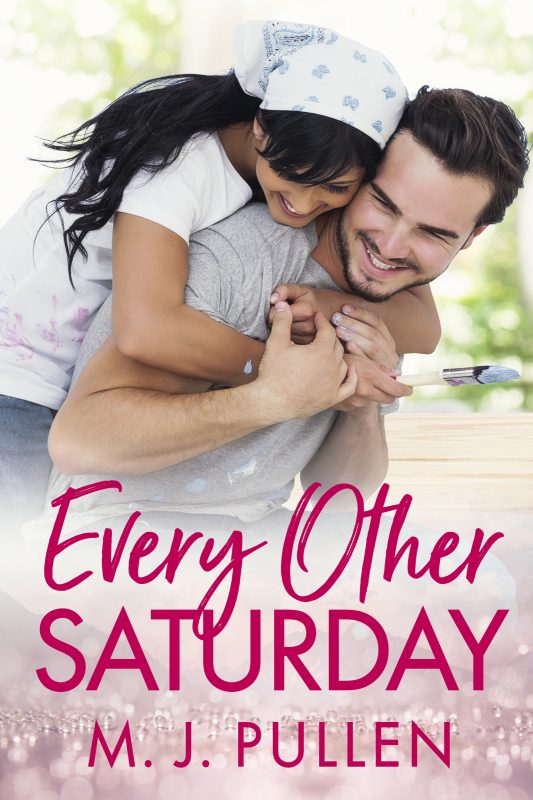 From romantic comedy author M.J. Pullen comes a unique story about finding help when you need it most, and love where you expect it least…

“Pullen takes us on an emotional journey featuring two likable, authentic characters who discover an unexpected love and a second chance at happiness while navigating their messy, complicated lives.”—Jenna Sutton, Author of ALL THE RIGHT PLACES

Even though their daughters have been in the same Jewish preschool class for three years, struggling store owner Julia Mendel and sports blogger Dave “from the Man Cave” Bernstein have never gotten along. She sees him as a definitely arrogant, possibly misogynist symbol of everything that’s wrong with the men in her life. He sees her as the odd, short-tempered PTA president, out to make his life more difficult at every opportunity.

As part of his job, Dave accepts an on-air challenge: go out with a different woman from a Jewish dating site every Saturday for the next four months, and blog the results. He quickly secures his daughter’s favorite preschool teacher (and super-nanny) Ms. Elizabeth to make the experiment possible. Little does he know Julia is in desperate need of the same sitter for the same schedule, so that she can take a part-time job while pacifying her son, who has severe OCD.

A confrontation in the car pool lane leads to an uneasy compromise: they will pool their resources to share Ms. Elizabeth’s services every-other Saturday night. After a while, Dave finds himself sharing his dating stories with non-Jewish Julia across her kitchen table; while she reluctantly turns to him for the masculine perspective – especially for her son – she’s been missing since her divorce. As the Saturdays wear on, however, they may discover they have more in common than car seats and custody schedules.