Early April is gorgeous in Georgia, if you can see it through your watering eyes from all the pollen… Okay, I know some of you are still experiencing bitter cold, so I’ll try not to complain about the fact that I’m pretty sure the insides of my lungs look like the fuzzy fabric on the outside a tennis ball. *cough, cough* 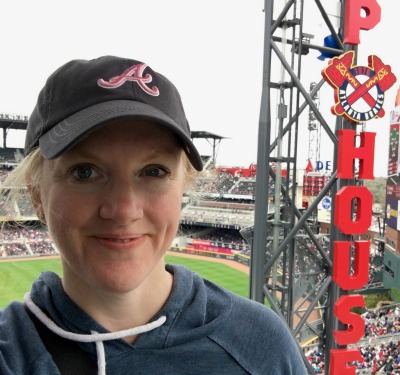 Instead, I’ll just be excited that it’s opening week for baseball! My boys were on spring break this week, so we went to an afternoon Braves game in the chilly 50-degree weather. [Insert eye rolls from everyone shoveling snow in the more northern areas of the world.]  I love baseball, and I’ve been a Braves fan since before I was old enough to do the Tomahawk Chop.

My maternal grandfather, Papa Charlie, was my favorite person in the world until he passed away when I was ten. Papa Charlie was a Braves fan from waaaay back, when the team was still in Milwaukee, and he remembered exactly where he was when Hank Aaron broke Babe Ruth’s home run record. [Incidentally, my mother-in-law was at that game, and I’m pretty sure I married the only Braves fan bigger than my grandfather.]

Some of my fondest childhood memories are of Papa Charlie, watching the games from his cushy blue recliner, yelling at the TV like he was a very distant but important bench coach. Recliner coach. I would lie stretched out on the carpet in front of him, writing terrible kid-poetry in my Harriet the Spy notebook and trying to understand the game.

He’d walk by on his way to the kitchen, and gently step on my foot with his (which, pursuant to secret agreement signed by old men everywhere, was always adorned with black dress socks, even if he was in his pajamas). Then he’d pretend he didn’t do it. That was it: simplest joke in the world, and it never got old for either of us. I loved him so much.

It broke my heart when he died; and it was pretty much in our prenuptial agreement that Hubs and I would name our first son Charlie if we were lucky enough to have one. [We were and we did. And our little Charlie loves the Braves just like his namesake great-grandfather.]

Years later, when my grandmother’s health was failing, I remember Hubs and I sat with her on the couch one evening, with the Braves game on in the background. She had all her mental faculties still, but didn’t talk much by then… I think she was tired of being fussed over all the time, and tired in general. So we were sitting on the couch and suddenly Grandma B stiffened, bolt upright, and leaned forward. Hubs and I panicked a little and asked her if she was okay, and she shooed us away and said, “I’m fine. But when the HELL are they going to do something about that bullpen?” 😉

For those of you who haven’t read it, I wrote an adorable romantic short story about baseball a couple of years ago. It’s called “Body English” and you can get it here for free for your favorite device.

Easy as Pie: Are you reading along?

I just sent out the third installment of my latest novella, “Easy as Pie,” to my Distracted Readers email list. It’s about Marlowe, who is trying to start her own food truck business in Atlanta’s Cabbagetown. Spoiler alert: so far, it has NOT been easy. If you want to read along with the story and help give me direction, be sure to join my newsletter list!
Happy Spring! 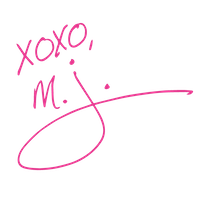