posted on 01/12/2018
In a conversation over in the Draft House Writer’s Studio this week, one of our members mentioned that she has a filing cabinet full of discarded attempts at fiction. She said this with a sense of discouragement I think is common among early-career writers.
We think: I tried. I failed. This is hard. I may never be good enough.
I thought it might be helpful to share my response to her here as well.
I have file folders FULL of terrible stuff on my computer. I mean, awful. There are documents with 15,000+, 20,000+, and nearly 40,000 words. This includes three different books that would’ve been my first novel if I’d kept going. Stories started and abandoned still outnumber stories finished for me. By A LOT. 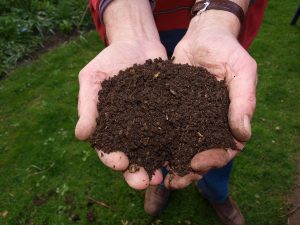 Also, every book I write has a “Murdered Darlings” file. These are from books I DID finish – big chunks of text that needed to come out, but I couldn’t bear to delete. In revision, I often know that I have to cut more than a paragraph to keep the book flowing properly. But sometimes I love what I’ve written, or I’m worried that I will lose some detail and need it again later. So I cut and paste big chunks of text into a separate document. I had one book in which the Murdered Darlings document was more than 25,000 words!
Basically, pruning is easier when you can tell yourself what you’re doing is reversible, that you can always go back to that text if you need it. (Incidentally, I never have. Not once.)
These “dead” words seem kind of pathetic on the surface. Time wasted, mistakes made. But if you learn nothing else from our time together, know this: those early drafts — the stuff that was hilarious and poignant when you wrote it, but now reads ridiculous or melodramatic — they are as important to your writing journey as the words you DO publish.
Malcolm Gladwell posits that it takes 10,000 hours to become a true expert at anything. (There’s some debate about whether Gladwell oversimplifies the process, but the need for hours and hours practice is undeniable.) Those words you cast aside or bury in the bottom of the filing cabinet represent some of your practice hours. No one wants to hear the violinist picking her way through a tortuously hard piece of music for the first time. But all those hours of practice allow her to play it beautifully for us in concert. Our first, second, third drafts and early writings are the same way.
You can’t skip over them, because they are part of the process; but you can’t hold onto them either. They are the compost for the soil that (someday) produces our best work.

M.J. Pullen is a distracted writer and the mom of two boys in Roswell, Georgia, where she is absolutely late for something important right now. Her books include quirky romantic comedies and playful women's fiction. She blogs erratically with writing advice, random observations, and reflections on raising very loud kids and dogs. Join her Distracted Readers newsletter list for updates, free content, giveaways and more.